Would You Rather...live with a gerbil in a cage or a fish in a bowl? 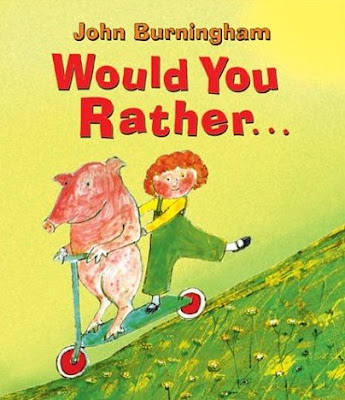 Would You Rather by We read it like this


Click above to listen to how we read and chat about Would You Rather...

Click here to listen to a "straighter" reading of Would You Rather...


The first person I gave John Burningham's Would You Rather... to is a very clever and charming girl called Ada, who just happens to be my goddaughter, but that has nothing at all to do with why I say she's clever and charming. She is. When her mother read it to her for the first time, she squealed with delight: "Mummy, this book is a bit RE-VOL-TING!"

It is! It's revolting and raaather silly, and full of delightful, outlandish possibilities and hard choices.

Does it sound silly? I've already said it is. And the pictures make it even sillier. But while the questions are primarily giggle-provoking, most of them are also actually quite interesting (and fun) to think about, discuss and provide arguments for one's particular choice. Would you rather be crushed by a snake, swallowed by a fish, eaten by a crocodile or sat on by a rhinoceros? The choice is far from easy and providing reasons for the choice is even harder. A series of fun, silly challenges that has delighted every child I've read it to (ranging from 3 to 7 years of age).

The Illustrations
Of course, the text just wouldn't be as silly without the pictures. John Burningham's illustrations, with their characteristic looseness of line and effortless expression, add to the humour and manage to make the most outrageous or outlandish of ideas entirely plausible and natural.

I'm sure you'll see what I mean: 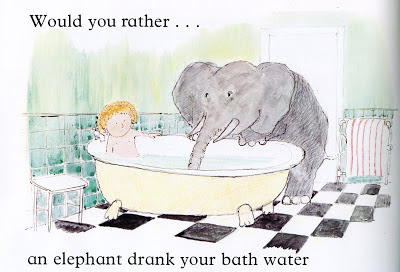 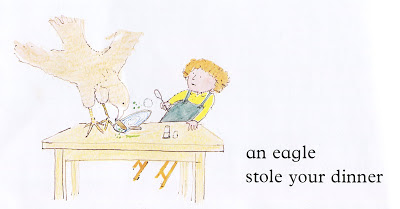 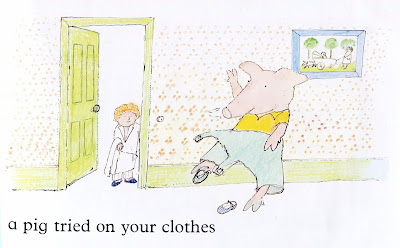 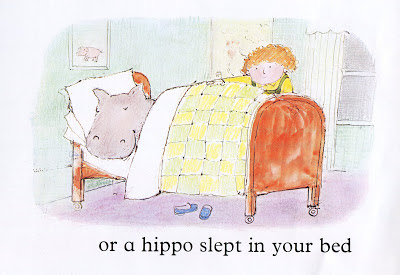 Yes, you might find a hippo in your bed tonight and a pig might want to try on your clothes tomorrow morning. What's new?

Here's one of our favourite array of choices: 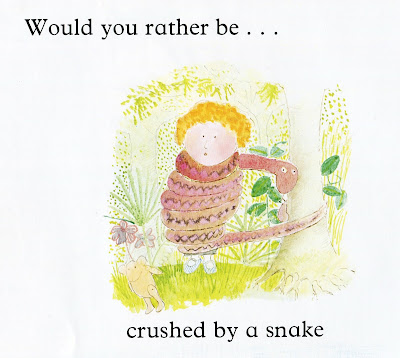 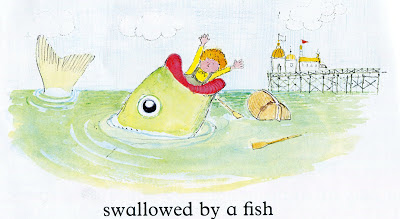 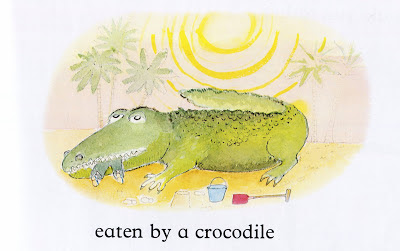 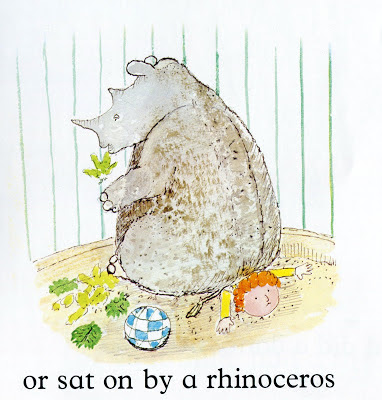 How about that? We always try to find ways out of each of the predicaments above. In the recording, my son would rather be eaten by a crocodile "because a crocodile hunter would save him", and I say I'd prefer to be sat on by a rhinoceros because I'd tickle his bottom and he'd jump up.


In the following two, we love the boy's embarrassement: 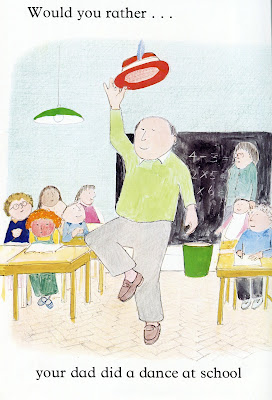 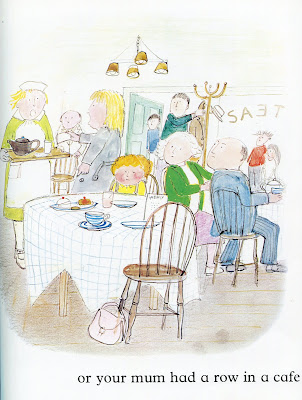 And the last illustrations we're showing you here make a bunch of already crazy ideas simply hilarious. Please  click on them and check out the boy in the hamster wheel, in the fish bowl and in the parrot's cage. 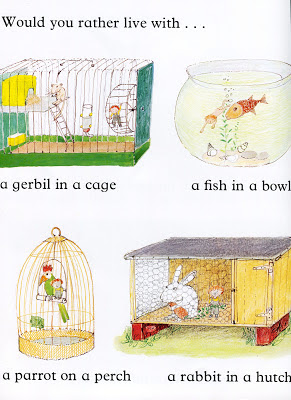 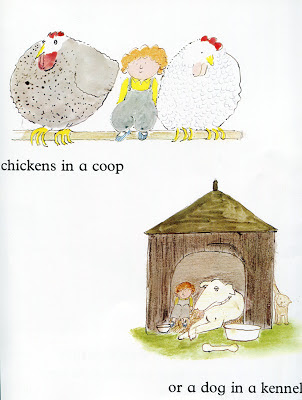 Reading it out loud
Would You Rather... is not only a reading book, it's a wonderful chatting book too! It's a book for sharing ideas, laughs and the occasional secret trick for getting round such hard choices. The book simply cannot be read out loud without  the listener or listeners joining in and at least my experience is that participation with this one tends to go far beyond simply choosing your favourite option from the usually dire set of possibilities.

It encourages children to imagine other worlds, other scenarios, other possibilities and to talk about themselves in them. It also encourages them to give reasons, and look at advantages and disadvantages of different alternatives, however crazy.

It was an absolutely instant hit (giggles guaranteed) from the very start but what I find particularly interesting is how our conversation is different every time we read it. The first few times we read it my son would give exactly the same answer to every question, and would expect me to do the same and I confess I feared this would be essentially a one-read wonder. But now he really enjoys changing what he says and making different observations each time we read it. The recording shows you one reading and one conversation, but it is likely to be completely different next time we pick it up. And that makes it great fun and a rather special book!

My son particularly loves the idea of helping Santa Claus deliver presents and of riding a bull into a supermarket.

Generally, we're great John Burningham fans in our household (Mr. Gumpy's Outing is a firm favourite, as is The Magic Bed and that wonderful little series of books published in the 70s including The School, The Cupboard, The Blanket and The Friend).